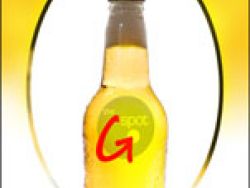 Joseph Matheny in conversation with Eric Young of HipGnosis, talking about life as an independent musician and more. Also, an episode of In Your Ear, Reviewing The Leviathan Chronicles – an Audio Adventure (http://www.leviathanchronicles.com/rss/podcasts.xml or http://www.theleviathanchronicles.com/ for high bandwidth – lots of animation, etc. Includes cast of characters, episode summaries, blog and all that kind of stuff). Also, a blurb from FoolishPeople about The Abattoir Pages.

BIO: Eric Young, born November 13, 1976, in Jacksonville, Illinois, USA.
Encouraged to have a wide variety of musical taste from a young age, Eric Young began collecting
influences and records from age 6, after hearing Kraftwerk and a lot of early hip hop. Growing up in
the Midwestern United States, Eric had plenty of time to focus on musical studies.
Beginning trumpet at age 9, Eric continued with private lessons in composition and performance and
participated in both school and extracurricular bands throughout elementary, middle, and high school.
Graduating in 1995, he gave up playing trumpet to focus on learning to play tribal hand drums and
singing. During this time, Eric was introduced to the electronic music scene and illegal raves in St.
Louis.

Eric attended college at Mac Murray College in Jacksonville, IL, studying comparative religion and
philosophy, with a focus on pre-christian pagan traditions and philosophies of the far east, in particular
the mystic and mystery religions. That line of study has continued after leaving college, into the present
day, as well as an interest in higher consciousness, energy work, and alternative healing methods.
After relocating to Champaign-Urbana, Illinois in 1998, he began DJing bleepy acid house and IDM at
house parties and local clubs, eventually going on to host and DJ two separate radio shows on stations
90.1 WEFT and 104.5 WRFU. After several more years of independent study into subjects such as
brain change technology ( binaural tones, cymatics, and psychoacoustics) and still composing music, it
was a natural step to move on to production and studio engineering. That became Eric’s primary focus
from that point.

Since 2001, Eric Young has produced and released 9 albums through independent channels, featuring
other talented artists collaborating on many of the projects, most recently his instrumental release
“Scientific Illuminism (Is For Sissies)” on Lab Beat, in the UK. In addition to that, he is DJing,
producing, mixing, and mastering for artists and labels worldwide. He is currently living in Des
Moines, Iowa, and working on 3 new releases as well as putting out progressive, quality DJ mixes
regularly.

In July 2009, HipGnosis began hosting a 2-hour weekly show on http://glitch.fm . “Between Zero and
One” airs Wednesday nights 10 pm – 12 am CST, streamed live, with archives and setlists at
http://thereisnotwo.tk . More information on HipGnosis and links to his complete discography can be
found at http://hipgnosis.us .

Joseph Wayne Matheny (born December 24, 1961, in Chicago, Illinois) is an American storytell and artist who has created works using alternate reality gaming and transmedia storytelling methods, dealing with subjects of liminality and modern myth He holds patents for prediction, recommendation and behavioral analysis algorithms and software design. He is a published author of screenplays, white papers, technology, sci-fi, marketing and gaming books. He currently resides in the Pacific Northwest. He is probably best known for the avant-garde work, Ong's Hat, which has been called the proto-Alternate Reality Game by academia, the mainstream and alternative media. Ong's Hat is often cited as the first ARG on many List of alternate reality games. View all posts by Joseph Matheny