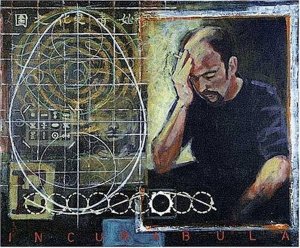 {All posts under the New Media Class category are for a History and Theory of New Media class I am taking during the 2019 Spring Semester at SUNY Empire. Please be aware that all comments must be approved before they are posted}

In the late 90s and early 00s, the internet was a different place.  Instead of everything being based on large corporate Social Media sites, you typed subjects, thoughts, queries, and keywords into the search engine of your choice and jumped in.  Instead of becoming lost in an endless news feed or auto-playing YouTube videos, you jumped from site to site.

I don’t remember how or why I stumbled onto Ong’s Hat.  I vaguely remember knowing it was a constructed game but nonetheless it pulled me in.  The original website is gone, and the game declared dead and annoying by one of its main creators.

The story started long before.  The quantum physicist/mystic/out-there genius Nick Herbert had started hinting at the Ong’s Hat story back in the days of online bulletin boards. Then friends of his, including Joseph Metheny and Peter Lamborn Wilson, started uploading and linking to the Incunabula.

The Incunabula was presented as a rare book catalog.  Some of the books were real, others were fake (“unpublished”) books by real authors, and others were made up whole cloth. The striking thing was that once you started reading the book descriptions and annotations, you learned a story about a secret ashram of mad scientists, religious splinter groups, and reality hackers who were in a race against shadowy government forces to… well those clues came slower.

So you pulled up your trusty search engine and went exploring.  You followed clues that lead to Moorish Science, Church of the SubGenius, Mondo 2000, Robert Anton Wilson, and more. You could find fake websites that had a phone number to call for more recorded clues.  You could stumble onto forums with cool people talking about mind-shattering ideas or fall into a pit of lame conspiracy theorists.  You could discover the email address for Emory Cranston, the ‘made-up’ author of the catalog, and someone would answer your email with more cryptic clues.  Joseph Metheny even appeared on a few episodes of the conspiracy radio show Coast-to-Coast.

It was fun, it was smart, playful, and intersected media in a way that really hadn’t been explored before.   And in these days of weaponized conspiracy theories like that mess QAnon, it can never be repeated.