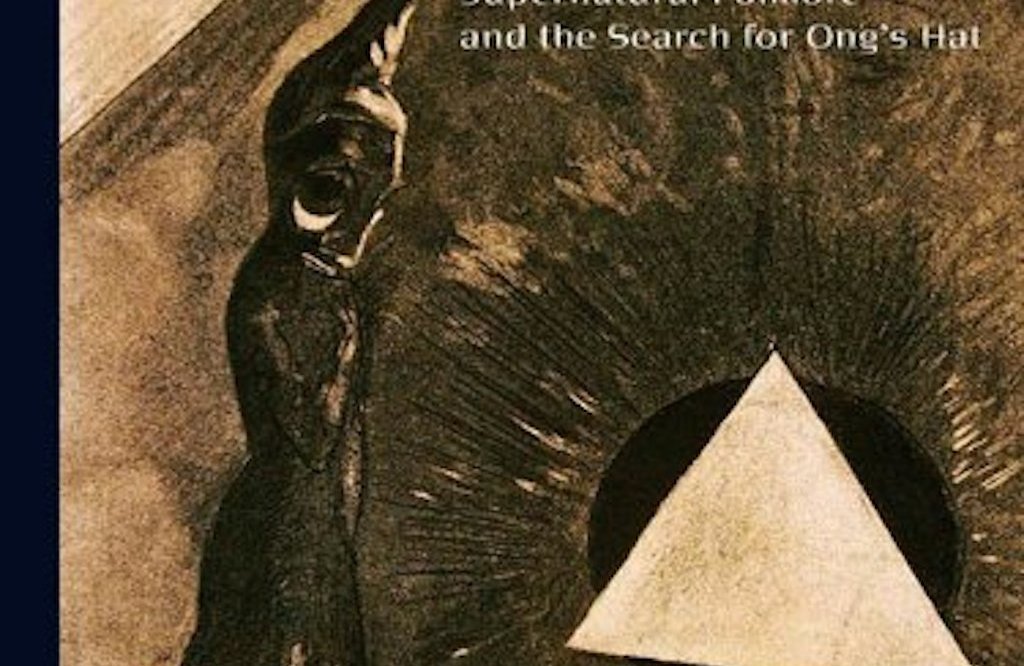 A very interesting article/review of Legend-Tripping Online: Supernatural Folklore and the Search for Ong’s Hat.

From The Chronicle of Higher Education: Now, from the you-can-learn-something-new-every-day files, comes Michael Kinsella’s Legend-Tripping Online: Supernatural Folklore and the Search for Ong’s Hat.

“The response of Joseph Matheny to Legend-Tripping Online suggests the success of Kinsella’s read on the Incunabula Papers. On his Web site, Matheny wrote that Kinsella “did an excellent job and only missed the mark with two or three of his conclusions,” which Matheny said he would clear up by writing a complimentary account.

In the context of the Incunabula Papers and Ong’s Hat, something about that statement echoes beguilingly. Is Matheny offering to perpetuate the project, despite closing it down?

Or perhaps he never did shutter it. In 2001, his announcement of the termination of the project said that he and a colleague “decided today to publicly announce in the near future that the Ong’s Hat Project has now concluded.” Not only do the tenses in his statement appear slippery, but he also tantalizingly mused that he did think the Incunabula Papers “would still make a good book from a cultural anthropology perspective.”

Is Kinsella’s Legend-Tripping Online not only that book but also, unwittingly, another phase in the whole, crazy Incunabula Papers caper?

Kinsella allows: “When you’re dealing with this…this thing, there are trickster qualities and pranks and hoaxes, and fact and fiction are so blurred that it’s really hard to make sense out of it.”

Also see this review from the Journal of Folklore Research

3 Replies to “The Surprising Online Life of Legends – Legend-Tripping Online: Supernatural Folklore and the Search for Ong’s Hat”