It’s that time of year again when the veil is thin between this world and the other. It is the time when the conditions for connections and transmissions are at their strongest. In celebration of that time, I have some unique trinkets for you.

Xen: The Zen of the Other– The Audio Drama

As you may have gathered from the structure of Xen: The Zen of the Other, it is primarily a series of recordings and notes gathered together as a record of a time in the life of Ezra Buckley. The work was always intended as an audio drama primarily and novel secondarily. With the help of Panicmachine and P. Emerson Wiliams, we have finally finished producing that very audio work. 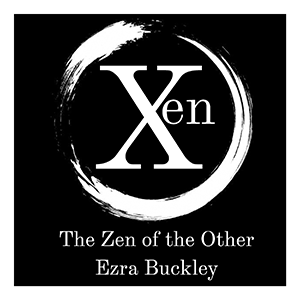 Xen: The Zen of the Other,  the audio play, is now available for purchase and download at digital.panicmachine.com

It is also available at your favorite streaming services like Spotify, Apple Music, and many more options. Just search for Xen: The Zen of the Other on your favorite service.

The audio play is over 6 hours in total and includes a final version of the ebook in PDF, Mobi, and epub. It is priced for the season at a very affordable $6.66 USD.

PURCHASE Xen: The Zen of the Other Audio Drama  for DOWNLOAD ON BANDCAMP

Xen: The Zen of the Other
Written by Ezra Buckley. You’ll have to decide for yourself if that’s a real name or not.- https://thepsychopath.org

Background information by Cameron Whiteside, if that indeed is his real name.- https://whereiscameron.wtf

The voice of Joseph Matheny performed by himself- https://josephmatheny.com

The voice of Ezra Buckley performed by Chris Gabriel aka memeanalysis- https://memeanalysis.com

The voice of Ralph performed by P. Emerson Williams

The voice of Tiamat performed by Anna “Maiya” Young- https://www.godmonsters.com

The voice of Racoon 1 performed by Iskandar Sakut abn Mayu (aka Eian Orange of Z(enseider)Z)- https://eianorange.zenseiderz.org

The voice of the waitperson performed Missy G – https://afieldofred.wordpress.com

The poems of Ezra Buckley read by Joseph Matheny

Xen: The Zen of the Other © Copyright 2021 Joseph Matheny

Legit requests for review copies may be made here. Please send your name, publication, and email address.

The music of the Xen audio drama is also available as a soundtrack.

On Utenfor, the tendrils and tentacles that usually emerge from P. Emerson Williams’ guitar remain as a subterranean presence, transmitting a meditative current through the ground and water, with the occasional flash of fire. If this collection is declaimed for human ears or the watchers, to record the tale in their eternal silence, well, that remains to be seen.

P. Emerson Williams is a multi-media artist delving in music, art, writing, and video. More people listen to the sounds of P. Emerson Williams every day than realize it, for much of it is embedded in extensive associated and pseudonymous projects past, present, and ongoing. A visionary artist and an illustrator, his work takes projects spanning physical and digital media, genres and modes of performance to strange realms.

To celebrate the release of the Xen audioplay, I have decided to make the following ebooks downloadable free of charge for five days. 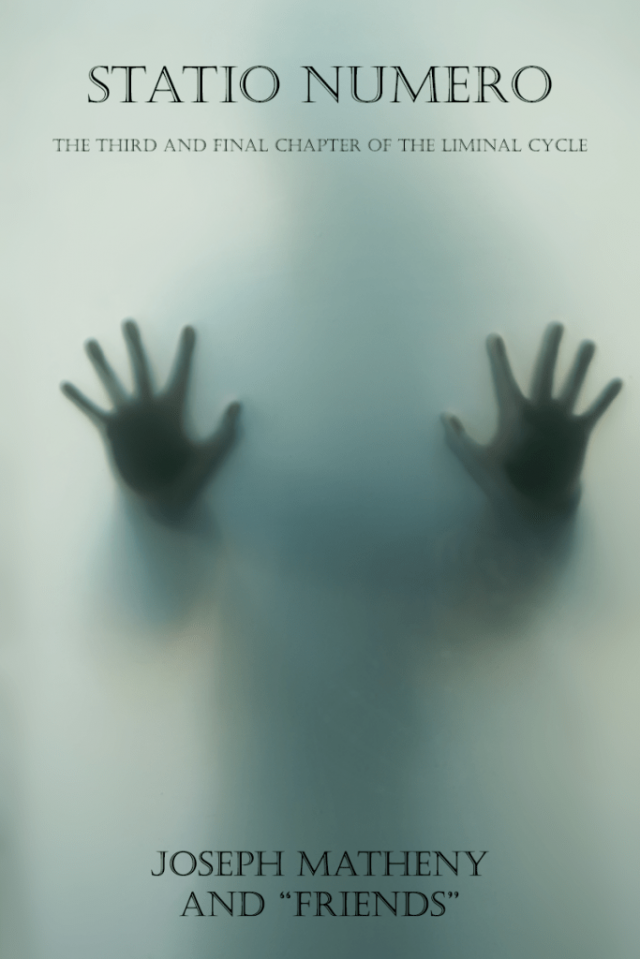 The third and final piece of the Liminal Cycle is, of course, Statio Numero. I wanted to give you some updates about the progress of that work.

As some of you may know, my process uses a lot of cut-ups, trance work, and other divinatory methods that would classify my work as “received text.” Looking at how it is currently evolving, it seems like Statio Numero will be an extensive, sprawling, interdisciplinary work that will take a little more time than Xen of Liminal took. I currently estimate the completion date of Q4 2023.

I think this will probably be my last public artwork, so I want to get it right. I think you’ll enjoy it. Watch this list or my website at https://josephmatheny.com for announcements of the release date.

I will no longer be giving any more interviews to the press. There are a few interviews in the pipeline that I did earlier this year, but beyond the eventual release of those in the future, do not expect to see any new interviews with me. I have interview fatigue, and I also have begun to question a lot about the entire artist interview process, its meaning, relevance, context, and a host of other questions I have about the whole process. There’s plenty of interviews out there, most of which can be found here.
I don’t know that I have anything else to say, I am tired of talking to the media.

I initially decided to stop interviews in late 2019 but then my inbox filled up with requests to comment on the rising phenomena known as QAnon. I felt it would be irresponsible to not signal my feelings that this movement represented a very real threat to freedom and civility n public life. I’ve been both an observer and a target of this weird tendency since the late nineties and I felt I had some unique insights that may assist newcomers to the reality of online conspirituality cult behavior. I have done what I can and I can only hope people continue to pay attention to the strange and dangerous constellation of thought and behavioral control that has evolved on the Internet over the last 20 years.

I submitted an introduction to the Hilaritas Press re-issue of Robert Anton Wilson’s Reality is What You Can Get Away With.

I won’t ruin it by telling you too much, but I think you’ll enjoy the very personal connection that I have with that work and my stories about hanging out with RAW during the period of that book’s first release.

Because that work references significant media properties, I expect it may take the folks at Hilaritas a while to secure all the necessary clearance. I have faith that they will, in the end, ensure all the rights and re-release this classic work soon.

Things To Listen To

This piece on the wonderful podcast Hermetix really speaks to the internal dialogue I have these days concerning media, culture, and the artist’s place and responsibility therein. I hope you enjoy it as much as I did.

I think that’s it for the 2021 news. I wish you all the best for the rest of the year and beyond.